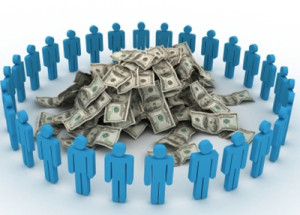 This initial article is the first in a multi-part series of articles on alternative financing. In this “Part One”, I’ll provide a preliminary review of recent developments in the law relevant to crowdfunding. This first article will be rather limited and introductory in nature. Still, I hope to provide a basic familiarization with the business concepts and legal aspects of crowdfunding.

Every business requires operating capital. Also, every business needs a source of available cash. Accordingly, every business faces the challenges of raising capital, and acquiring cash, as a normal-course function of initial formation, ongoing development, and operational functionality.

There are various means by which businesses traditionally raise capital and acquire cash. In our current economic climate, though, traditional methods for funding, financing, and investing in smaller businesses often are not available or are not feasible. Thankfully, there are alternatives.

The latest alternative-financing models are related to innovations that arose very early in history, as opposed to mainstreamed alternatives that arose in the recent past. The commonality between certain ancient approaches, and their modern counterparts, is intriguing but not surprising.

In the fourth century AD, the Christian church formalized earlier, canon-law edicts that prohibited usury (“selling time” by charging for the “use” of money). During the Middle Ages merchants responded with the “Contractum Trinius”: a set of contracts that separately established three distinct agreements. The church previously approved each, individual arrangement (an investment agreement; an insurance agreement; and a limited-licensing agreement).

The results obtained were similar to what could be achieved by making an interest-bearing loan, without accommodating the susceptibilities to abuse that were so inherent with interest-bearing loans. As a result, the Contractum Trinius circumvented the Christian anti-usury directives.

Analogous to the Christian proscriptions, Jewish money-lenders could not charge interest on loans between Jewish citizens. However, developments in Jewish law permitted a royalty approach that was distinguishable from usury. A royalty-issuer paid to a royalty-holder (the funding party) a percentage of future revenues generated by the productive use of the funding.

Islamic law also condemned the payment of interest. Further, Islamic law prohibited the fixed-return of profits, even in joint venture arrangements, if there existed, in essence, a debtor/creditor relationship in which only a non-funding partner was liable exclusively for any losses.

The approved, alternative method provided for a direct-investment approach by which the capital-funding contributed to a recognized, charitable purpose. The investor purchased an “equitable position” in the enterprise (analogous to “stock ownership”). Through this arrangement, the investor participated in both the financial gains and losses of the venture and, most importantly, invested in the social value of the benevolent purpose to be achieved.

These three financing alternatives originated from business arrangements that arose as early as the 8th century BC. These alternatives – along with certain investment/funding approaches derived from these alternatives – were utilized within an expanded scope of commercial applications, as a result of revived implementations that occurred as late as the 14th century AD.

These alternatives discouraged the use of morally-questionable practices; encouraged the achievement of important community goals; provided for an equitable participation in gains and losses; and implemented non-traditional resources. Currently, these beneficial attributes are shaping financing alternatives that are among the most innovative of contemporary approaches.

This limited, historical background provides a context in which to consider the financial alternatives that are impacting significantly the emerging landscape of new business practices and creative capitalization approaches: crowdfunding; micro-financing; peer-to-peer lending; and alternative-investment strategies. As I mentioned above, this article will focus on crowdfunding.

Crowdfunding is the term utilized to describe an evolving method of raising money via the Internet. For several years, this alternative-funding approach has been effectively implemented to generate financial support for creative endeavors in the arts (e.g., theater, film, and music), typically through relatively small, individual contributions from a very large pool of people.

During the last several years, crowdfunding generally has not been employed as a means for offering and selling securities. This limited implementation of crowdfunding was based primarily upon the fact that offering a share of profits, as a financial return from business activities, easily could trigger the application of federal securities laws, especially in light of the fact that an offer or sale of securities must be registered with the SEC (unless an exemption is available).

In 2012, crowdfunded-financing raised $2.7 billion. That amount is up 81% from 2011. According to 2013 projections, the total amount raised from crowdfunding will be approximately $5 billion (nearly twice the 2012 total). This staggering expansion has occurred without a rules-based, regulated market (which should be developing in 2014, for the below-stated reasons).

The application of the existing form of crowdfunding – “reward-crowdfunding” – has engendered a significant increase in resources available for private financing, especially micro-financing, along with a correlated increase in viable investment strategies and effective funding contributions. As a result, reward-crowdfunding has satisfied the capitalization requirements of individuals, collectives, and entities for which the broader investment markets and traditional sources of financing have not been a particularly good fit.

Accordingly, “securities-crowdfunding” has the potential to revolutionize financing by creating a phenomenon that is “of the people, by the people, [and] for the people”. Among the potential beneficiaries of this (congressionally-intended) democratization are entrepreneurial startups, small businesses, and boutique/niche undertakings; along with an indefinite variety of socially-aware, policy-focused, and special-agenda enterprises.

Federal law previously prohibited Securities-crowdfunding. In 2012, Congress legislatively overturned the prohibition of securities-crowdfunding. Upon the SEC’s finalization of governing regulations, a new crowdfunded-securities market will be actively engaged and commercially functional. The SEC did not meet the initial 2012 rules deadline. However, the SEC did propose new rules on October 23, 2013. The new rules probably will be effective, officially, in 2014.

Websites such as Kickstarter, GoFundMe, and IndieGoGo are, at this point, well established internet portals for reward-crowdfunding. The prior securities law, which practically imposed an effective ban upon securities-crowdfunding, prevented the investing “crowd” from receiving securities (e.g., stocks, bonds, etc.) from their funding activities on these websites.

The “rewards” received by funding-contributors, for their investment activities on Kickstarter and similar websites, usually are CDs, books, tickets, and similar items from the musicians, writers, producers, and other artists who typically solicit funding on these internet portals. Business ventures, intending to produce tangible products in commerce, are the newest form of entrepreneurs attempting to raise capital on websites such as Kickstarter.

When Congress legislatively overturned the prohibition of securities-crowdfunding, it did so by amending existing federal securities laws. In Title III of the Jumpstart Our Business Startups (JOBS) Act—the “CROWDFUND Act”—Congress established a new exemption from the registration requirement for crowdfunded-securities. In April 2012, President Obama signed into law the JOBS Act. As referenced above, the law will go into effect after the SEC completes its rulemaking process, which (also as referenced above) probably will occur in 2014.

The primary purpose of the CROWDFUND Act is twofold. First of all, the law is intended to facilitate the use of peer-to-peer financing networks, accessible via internet portals. This interactive utilization of technological resources should prove to be a very effective means by which entrepreneurial startups, small businesses, and similar enterprises can obtain modest amounts of business capital, with low costs and high efficiency.

Second of all, as alluded to, above, the law is intended to implement Congress’s intention to democratize the market for financing speculative startups, and other business undertakings with similar risk/benefit profiles, by accommodating financing by investors of modest means. Previously, these types of investments could be offered only to “accredited” (relatively wealthy) investors. Now, retail investors of modest means have the opportunity to finance innovative product/service ideas, by participating in personally-meaningful funding ventures.

When Congress amended Title III of the JOBS Act, and thereby created a securities-law exemption for securities-crowdfunding, the resulting statutory scheme established a legislative foundation for a regulatory structure (via SEC rules-promulgation) for implementing securities-crowdfunding. In my next article, I’ll explore certain details of the proposed Rules and I’ll address the Rules’ anticipated impact upon alternative financing-opportunities; creative investment-participation; and innovative business-development. Stay tuned and join the crowd!